Human milk for our babies 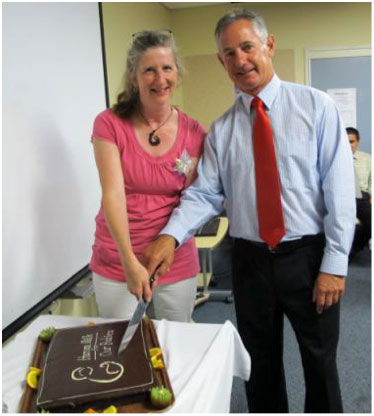 Dr Maggie Meeks, NICU paediatrician, says this is a significant achievement after years of planning and working closely with stakeholders towards the goal of pasteurising mothers‟ excess milk for the benefit of other babies on the NICU.

Canterbury District Health Board and we are extremely grateful for their support,” Dr Meeks says.

“We would also like to thank all who have donated money from Canterbury and the West Coast to the Canterbury Neonatal Unit Trust Fund.”

The NICU admits more than 800 babies a year, with around 3 percent from the West Coast and many would fit the criteria to benefit from the pasteurised donated milk.

“Breast milk is the milk all babies should have wherever possible but it is particularly important for babies who are unwell and the preterm babies on the NICU.”

Dr Meeks says preterm babies are unable to breast feed immediately after birth because of their lack of a mature coordinated suck and swallow. As a result their mothers need to express their breast milk, which is then fed to the babies through a gastric tube. The normal physiology of breast milk production following delivery is that it increases slowly over the first few days. With expression only small amounts of colostrum are produced initially (0.1 -20mls in the first 24 hours).

“Our preterm babies have a need for optimal nutrition immediately after birth to promote brain growth equivalent to that which should have occurred in-utero and because of this we sometimes have to supplement with formula,” Dr Meeks says.

“This is understandably frustrating for many mothers and it is hoped that as the „Human Milk Bank‟ recruits donors, parents will take the opportunity to supplement with pasteurised donor milk rather than formula where possible.”

Dr Meeks initially had been coordinating this project with a team that has included Dr Nicola Austin (Clinical Director), Debbie O’Donoghue (Unit Nurse Manager), Lactation Consultants, Neonatal Nurses, Midwives, a Māori Health Worker, Dietician and Infection Control Nurses. In June last year Anthea Franks, a neonatal nurse with a lactation consultant qualification, was appointed as project manager on a part time basis to plan and coordinate the implementation of this project.

“The expense of the pasteurisation process means that it has been estimated elsewhere that it costs $11 (Australian) to produce each 100ml of pasteurised human milk which is significantly more than the cost of formula.”

The set up cost of the Human Milk Bank has been around $150,000. The operational costs are currently being met by the NICU and are part of the reason why this milk will only be available to the high risk infants in NICU.

“The long term savings and health gains from this innovation to support feeding with breast milk are wide ranging,” Dr Meeks says.

“The opening of this Milk Bank will reinforce the message that the neonatal unit promotes the importance of breast milk and support mothers that wish to breast feed. These benefits may be expanded to the maternity unit and community if further

specific funding is made available.”

For more information go to the  CDHB Milk Bank